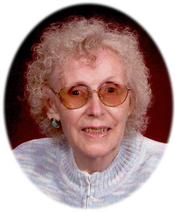 Born January 27, 1925 in Lubbock, Texas, she was the daughter of the late Henry McKinley and Mamie Hunter McKinley. She was a long-time resident of Joplin where she owned and operated Betty’s Beauty Shop for many years in her home. She was a member of Blendville Christian Church, a 4-H leader, a volunteer at St. John’s and enjoyed square-dancing.

Burial will be in Ozark Memorial Park Cemetery. A visitation will be held from 6 to 7 pm Wednesday at Parker Mortuary. Memorial contributions may be made to Blendville Christian Church. 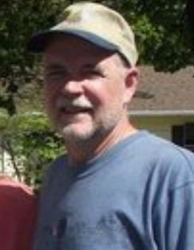 He was born in Granby, Mo., to Shelby and Freda (Nunn) Fitzgerald on Dec. 22, 1949. Robert graduated from Granby High School, attended Crowder College and MSSU.

He was an army veteran from the Vietnam era and an avid St. Louis Cardinals fan. His great nephew, Tyler, plays ball for the local Food-4-Less team in Joplin, and his great-uncle, Robert was his greatest fan. He also loved putting on the “Santa Hat” and being Santa Claus to the nieces and nephews. He was a collector of music and loved to read. If you made friends with Robert he was your friend for life.

Robert was a 10-year cancer survivor. He had battled cancer two different times.

Robert is survived by his wife of 33 years, Marti (Cupps) Fitzgerald.

Robert worked over 27 years for Wal-Mart and called them his “Wal-Mart Family.” Through his cancer battles the “family” was wonderful and gave great support.

He was preceded in death by his parents; nephew, Ben Cupps; and his mother-in-law, Phyllis Cupps Darby.

In lieu of flowers, memorial contributions may be made to Bright Futures in care of Clark Funeral Home, P.O. Box 26, Granby, MO 64844.

Robert will be cremated with services pending until his wife, Marti, recovers from injuries due to the May 22, 2011 tornado.

Arrangements are under the direction of Clark Funeral Home, Granby.

Born October 20, 1954 in Joplin, he graduated from Eagle-Picher Training Center in 1975. Since 1976, he has worked at Joplin Workshops. A Christian, he was a member of Calvary Baptist Church and attended First Presbyterian Church. Rick enjoyed all sports and was an accomplished bowler, participating on the Special Olympics Bowling Team.

Graveside services will be held 4:00 p.m. Thursday at Ozark Memorial Park Mausoleum, under the direction of Parker Mortuary. Memorial contributions may be made to Joplin Workshop, Inc.

She was a member of the Christian Life Center in Joplin. Marsha had been employed by Walmart in Bentonville, Arkansas.

Memorials may be made to any Arvest Bank locations under the Frost Memorial Fund, account # 22329963.

Arrangements are under the direction of the Luginbuel Funeral Home of Prairie Grove, Arkansas. The complete obituary may be viewed on the Luginbuel Web Page. To sign the online guest book, visit www.luginbuel.com
Frost, Sebastian Charles

Sebastian Charles Frost, 10, a resident of Joplin, Missouri passed away May 22, 2011 in the tornado of Joplin. He was born March 5, 2001 at Boonville, Missouri, the son of Marsha Winkler Frost.

Sebastian was a member of the Christian Life Center in Joplin, Missouri.

Funeral Service will be held Tuesday, May 31, 2011 – 11:00 A.M. at the Christian Life Center – 1700 S. Prosperity – Joplin, Missouri. Rev. Tony Stoddart and Rev. David McBride officiating. Interment will be in the Bethesda Cemetery near Morrow, Arkansas. Graveside services will not be held at the cemetery.

Memorials may be made to any Arvest Bank locations under the Frost Memorial Fund, account # 22329963.

Arrangements are under the direction of the Luginbuel Funeral Home of Prairie Grove, Arkansas. The complete obituary may be viewed on the Luginbuel Web Page. To sign the online guest book, visit www.luginbuel.com
Back to top
home-page