Mr. Donald Wayne Lansaw, Jr., 31, of Joplin, Missouri departed this life suddenly on Sunday evening, May 22, 2011 at his home from injuries sustained in the devastating Joplin tornado.

Don began his journey on August 21, 1979 in Joplin, Missouri born to the union of Donald Wayne Lansaw, Sr. and Beth R. (Dinwiddie) Lansaw. He was raised in Seneca, Missouri and was a 1998 graduate of Seneca High School. He furthered his education at Crowder College in Neosho, Missouri. Don was a man of great work ethic. He owned and operated Lansaw Technologies and was a licensed Realtor with Charles Burt both located in Joplin, Missouri. He enjoyed spending time outdoors where his favorite activities were camping and float trips.

Funeral services for Mr. Lansaw are 1:00 p.m. Thursday, June 2, 2011 at the Central United Methodist Church in Webb City, Missouri with Rev. Tom Shouse and Pastor D.R. Dorsey officiating. Burial will follow in the Osborne Cemetery in Joplin, Missouri. Those honoring his life by serving as pallbearers are Zach Lansaw, Troy Pierson, Matt Shear, Paul Dudley, Tim Sanders, Jason Brookshire and Mike Cory. The family will receive friends on Wednesday evening from 6-8:00 p.m. at the church (5 S. Pennsylvania Ave., Webb City, Mo). Memorials are being directed to the Don Lansaw Memorial Fund and contributions may be left US Bank in Webb City. On-line condolences may be sent to the family through our website www.thornhilldillon.com. Arrangements are under the personal care and direction of the Thornhill-Dillon Mortuary in Joplin, Missouri.

He was born December 18, 1962, in Moline, IL to James Lee Lievens and Darlene Kay (Kelso) Lievens.

Bruce moved to the Neosho area in 1975 from Illinois where he had worked in the family business of Circle L-Auctions Service as an auction clerk for over 30 years. He was an avid sports fan, loved being with his family and also buying and selling antiques.

Billie Sue Huff Little, age 65, of Joplin went home to be with the Lord, Sunday, May 22, 2011 as a result of the tornado. Billie was born January 10, 1946 in Butler County, Missouri to Harry and Martha (Mitchell) Huff. She was a waitress.

Billie is survived by her daughter, Tammy Curtner and grandson, Donnie Reed both of Joplin along with other siblings. She will be missed by those who loved her.

Billie has been taken for cremation and a memorial service will be held at a later date.

Cremation arrangements are under the direction of Simpson Funeral Home of Webb City.
Logsdon, Skyular Ignatius 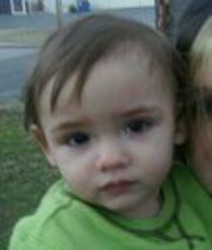 Memorial donations may be made to: The Skyular I. Logsdon Memorial Fund, c/o Clark Funeral Home, PO Box 66, Neosho, Mo. 64850 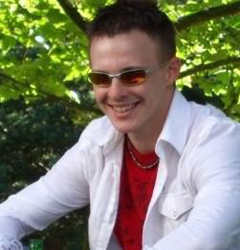 Chris attended Vinita Schools, then joined the United States Navy in August of 2003, and was Honorably Discharged in July of 2009. He was currently the Assistant Manager of the Rangeline Pizza Hut in Joplin.

Preceding him in death were his great-grandparents Alfred and Julia “Babe” Woolman.

The memorial service for Christopher Don Lucas will be held Saturday, June 4, 2011 at 1:00 p.m. at the First Church of God with Rev. Eddie Wrinkle officiating. Online condolences may be made at www.honoringmemories.com. Arrangements are by the Luginbuel Funeral Home of Vinita.