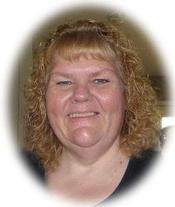 Darian “Dee” Vanderhoofven, 44, left behind her mortal life on Sunday, May 22, 2011, in the rubble of her home caused by the tornado that evening. Dee was born on June 28, 1966, to Gaylord “Charley” Weaver and Annette Denny Weaver in Dillon, Mont.

Darian moved to Joplin, Mo., in 2004, and met her future husband, David A. Vanderhoofvan. Dee and David were married Feb. 11, 2010 at Jack and Nancy Dawson’s log chapel in Webb City, Mo. It was a wish come true for Dee. Her second wish, to be a mom, was fulfilled on March 28, 2010, with the birth of her son, Joshua Dean Vanderhoofven, at Freeman Hospital in Joplin. Tragically, Joshua accompanied his mother in death on May 22, 2011. Darian’s third wish was unable to be honored.

Dee was passionate about organ, eye and tissue donation and served as the Joplin Regional Manager for the Heartland Lion’s Eye Bank. She strongly encouraged family and friends to become designated donors and she had also wished to donate. However the tragic circumstances of her death prevented that from occurring.

Darian was an accomplished cook and loved to entertain, host a party or bake a theme cake for someone special. Dee collected art glass media. She was an animal lover and took in strays. Dee held a deep belief in her Lord and Savior, Jesus, and was a member of Wildwood Baptist Church in Joplin. She was an open, easy going person who enjoyed making people laugh. Dee loved to visit, work in her garden or reminisce.

Darian’s path in life crossed so very many others, and she was loved by many. She will be greatly missed by all of us. Aunt Dee was held in especially high regard by the children of her siblings, and she had favored status in all their lives. They have been extremely sorrowed by her loss.

A memorial service is scheduled for Monday, May 30, at 4 p.m. in the sanctuary at Emmanuel Baptist Church, 300 N. Pennsylvania, Webb City, Mo. 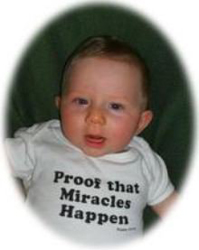 Joshua Dean Vanderhoofven, 14 months, departed his worldly walk on Sunday, May 22, 2011, in the arms of his mother, as a result of that evening’s tornado in Joplin, Mo.

Joshua was born at Freeman Hospital in Joplin on March 28, 2010, to Darian Dee Vanderhoofven and David A. Vanderhoofven.
Joshua was a gift from God to both his parents. He was nearly always happy and smiling. He enjoyed watching Sponge Bob with his father and playing in his bounce swing. He had a voracious appetite. Joshua had just started to walk and liked to explore his home. He was the apple of his mother’s eye and he will be missed by all of his family.

Joshua is survived by his father, David, of the home; and his grandparents, David S. and Marilynn Vanderhoofven, of Aurora, Colo.; Gaylord “Charley” Weaver and Linda Weaver, of Springdale, Ark. He was dearly loved by all of his mother Darian’s survivors as well.

A memorial service is scheduled for Monday, May 30, at 4 p.m. in the sanctuary at Emmanuel Baptist Church, 300 N. Pennsylvania, Webb City, Mo.