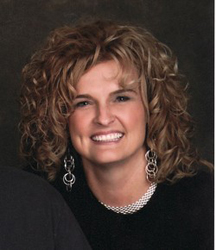 Shelly was born Sept. 26, 1968, in Fort Scott, Kan., and grew up in the Fort Scott area. She moved to southwest Missouri in 1991, from Fort Scott and currently worked at Jay Hatfield Mobility in Joplin. Her children were her priority and she was a very giving person, always having a smile and positive attitude.

Contributions in memory of Shelly may be made to the Blake and Mikayla Ramsey Educational Fund in care of Clark Funeral Home, P.O. Box 66, Neosho, MO 64850.

A favorite scripture of Shelly, Philippians 3:14, ‘I press on toward the goal to win the prize for which God has called me heavenward in Christ Jesus’.

She entered into rest on May 23, 2011 from complications of the tornado on May 22. She was a lifelong area resident and currently teaching at SEK Learning Center in Girard, KS. She was a member of the First Christian Church in Webb City; Caridigan Welsh Corgi; National Educators Association and Smoke-Free Webb City.

Lorretta married Kyle Randall on Aug. 1, 1986 in Joplin and he survives.

Preceded in Death By

Cheryl E. Rantz, 62, Carl Junction, MO, died May 30, 2011 at Cox South in Springfield from complications of the May 22nd Joplin tornado.

Cheryl was born Sept. 14, 1948 in Carthage, MO and was a lifelong area resident. She worked as a tax preparer for H and R Block and was a member of the Nazarene Church.

She is preceded in death by her parents, Edward and Dorothy Spruce; her husband, George Rantz and brother,Gary Spruce.

Graveside services are scheduled for June 3 at 1:00 PM at Neosho Memorial Park.

She was born August 18, 1947 in Joplin, Missouri. Her parents were George and Oleta Hall. She was a lifetime resident of Galena.

She graduated from Galena High School in 1965. She had previously worked as a seamstress at King Louie Manufacturing, Baxter Springs, KS. She enjoyed going to Bordertown Casino to play BINGO.

One sister, Phyllis Strickland preceded her in death.

Visitation will be held from noon to 1 pm, Monday June 6, 2011 at Derfelt Funeral Home, Galena, KS.

Virgil was born May 14, 1934 in Hallowell, KS the son of Charles Marion “Shorty” and Melba Trucilla (Hutchens) Reid. He was a lifelong resident of the area and a graduate of Columbus High School.

He was a Veteran of the Army. In 1959 he married Barbara Napier; they later divorced. On May 22, 1992 Tom married Jesse Williams in Miami, OK; she survives at the home.

Tom worked in construction all his life and started SEK Construction with Ivan Crossland. He also was affiliated with Maxwell Bridge Company in Columbus, KS. Tom retired after working 50 years in construction in 2000.

Tom was a member of the Hallowell Word of Life Church in Hallowell, KS; enjoyed gardening, pecans, coin collecting, elephant collecting, cooking, dominos with his friends and family and finding recipes on the internet.

He was preceded in death by his parents and brother Richard Reid. 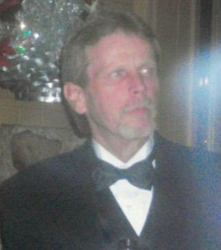 Johnnie Ray Richey, age 52, Joplin, passed away on Sunday, May 22, 2011 as a result of injuries sustained in the tornado.

Johnnie was born October 7, 1958 in Webb City, Missouri, son of the late Ernie “Cork” Richey, and Joyce Mosher Richey of Joplin. Johnnie graduated from Webb City High School and attended MSSU. He has worked for Allgeier Martin and Associates for over 30 years and was currently a project engineer. He was an active member of the Joplin Elks Lodge #501 where he was a Trustee. He enjoyed volunteering his time with the youth at both Carl Richards locations, and worked with Habitat for Humanity. He was also attended St. James United Methodist Church.

In addition to his mother, Johnnie is survived by a son, SSgt. Adam Richey and wife Raygen of Jacksonville, North Carolina; a grandson, Griffin Ray Richey; sister, Kerri Simms and husband Don of Farmington, Missouri; nieces and nephews, Kelsey Smith of Fayetteville, Arkansas, Tara Simms of Farmington, Justin Simms, Jordan Simms, and Jesse Simms all of Festus, Missouri; several aunts and uncles and cousins, and his faithful canine companion, Sugar.

The family will receive friends at Parker Mortuary on Tuesday from 6:00 to 7:00 p.m.

A gathering of friends will follow the committal service at Carl Richards 4th Street Bowl.

Vicki Patrice Robertson, age 66, Joplin, passed away on Sunday, May 22, 2011 as a result of injuries sustained in the tornado.

Vicki was born October 8, 1944 in Joplin, daughter of the late Clifford and Clancy Scott.

Survivors include her children, Mike Johnson, Danny Robertson, Joe Robertson, Dannielle Robertson, and Ardis Robertson. Cremation arrangements are under the direction of Parker Mortuary. Private family services will be at a later date. 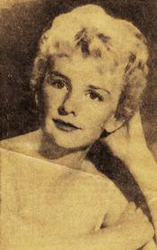 Cayla Ann Selsor Robinson, age 64 of Joplin, Mo. passed away early Saturday June 4, 2011 from injuries suffered in the devastating tornado that came through Joplin on May 22, 2011.

Cayla was born on October 31, 1946 in Joplin the daughter of Charles and Colleen (Conner) Selsor. She was a lifetime area resident, and was a stay at home mom caring for her family. Cayla attended Frisco Church in Webb City, Mo. and later attended Forest Park Baptist Church in Joplin.

She is survived by three daughters, Nicole Shultz and her husband Joey of Joplin, Pam Spencer of Carthage, Mo., Donna Fisher of Springfield, Mo., one son, Jerry Michael Fisher of Carthage, one sister, Marcy Hays of Webb City, one brother, Cary Selsor of Webb City, eight grandchildren and one great-grandchild, Karlee Laramore, with another on the way. She was preceded in by her mother, Colleen and by two sons, Billy and Matthew Fisher.

Cayla is to be cremated with memorial services scheduled for 10:00 a.m. Thursday June 9, 2011 at the Mason-Woodard Chapel, with the family to receive friends immediately following the service.

Arrangements have been entrusted to Mason-Woodard Mortuary & Chapel.

Keith Derek Robinson, age 50, Joplin, passed away on May 22, 2011, from injuries sustained in the Joplin tornado, at the Greenbriar Nursing Home.

Keith was born on August 1, 1960 in Joplin, the son of Charles and Betty (Love) Robinson-Gray. He has been a lifetime Joplin resident. He worked as a CNA for the Greenbriar Nursing Home, prior to that he worked eighteen years for Freeman Hospital. Keith had a wonderful way with his patients. He would motivate them to do their rehabilitation in a stern but kind and respectful manner. He was responsible for many patients being able to recover and even walk again. He thoroughly enjoyed watching old movies.

He is survived by his mother, Betty Robinson-Gray, Joplin; one sister, Mary Katherine “KK” Robinson, Joplin; one brother, Charles Robinson, Jr.; nephews, Jeremy and Justin Robinson, and Dylan Rapp, all of Joplin; three uncles, J.D. Love, Joplin, Jerry Love, Jr. and wife Elaine, Joplin, and Robert Love, Farmington, Mo.; and many, many cousins and friends. He was preceded in death by his father, Charles D. Robinson; his step-dad William O. Gray; his grandparents, Jerry and Katherine Love, and an uncle, Raymond Love and two aunts Vera Jenkins and Helen Derrick.

The family visitation will be 6-7 p.m. Thursday at Mason-Woodard. Memorial contributions may be given in Keith’s memory to your choice of the following, St. Jude’s Children’s Hospital, Feed the Children, or World Vision.

Margaret Ellen Row, 50, a resident of Joplin, Missouri, formerly of Fredonia, Kansas, died Monday, June 6, 2011 at St. John’s Hospital in Springfield, Missouri, as the result of injuries sustained in the May 22, 2011 Joplin tornado.

She was born March 31, 1961 in Fredonia, the daughter of Billie (Palmer) Row Kidd and the late William A. Row. Margaret was a 1979 graduate of Fredonia High School. She attended college at Labette Community College in Parsons, Kansas, and obtained her RN nursing degree.

Margaret had worked at Mercy Hospital in Independence, Kansas and St. John’s Hospital in Joplin for many years. Most recently she was employed as a hospice nurse in Joplin. She took pleasure in collecting clowns and piggy banks and enjoyed traveling.

Margaret is survived by:

Margaret’s father, grandparents, aunts and uncles preceded her in death.

A graveside memorial service will be held at 10:30 A.M. on Friday, June 17, 2011 at the Fredonia City Cemetery with Mike Myers officiating. The family will receive friends at the graveside.

Memorials have been established in Margaret’s name with the Ronald McDonald House in Joplin and the Joplin Recovery Fund. Donations can be sent to Timmons Funeral Home.

Words of condolence for the family may be left on this website.