Shirley Ann Parker, 68 of Joplin, MO, died Sunday, May 22, 2011 in the tornado that devastated Joplin. She was born February 11, 1943 in Sterling, Kansas the daughter of Kenneth and Rosemary (Greene) Stange.

She was married to Ronnie G. Parker, and later divorced.

Shirley was a Mammography Technician at Loveless Health Care System in Albuquerque, NM for many years, she retired in 2008.

She was preceded in death by her parents and a brother Robert Dee Stange.

Memorial services will be 3 pm, Wednesday, June 8, 2011at the Bath-Naylor Funeral Home in Pittsburg. Inurnment of her cremains will be Saturday, June 11 at the Sterling Community Cemetery in Sterling, KS.

Services and arrangements are under the direction of the Bath-Naylor Funeral Home 522 S. Broadway, Pittsburg, KS.

Nichole Sherie Pearish, age 23, of Joplin, Mo. passed away at 3:21 p.m. Saturday, June 4, 2011 at the University of Missouri Medical Center in Columbia, Mo. from injuries sustained in the Joplin tornado. Nichole was born July 24, 1987 in Joplin and lived in the Joplin area most of her life. She was a 2006 graduate of Sarcoxie High School and was active in FFA. She was employed as a Customer Service Supervisor with Aegis Communications. Nichole was a member of the First Baptist Church of Sarcoxie, and was a member of the Route 66 Cloggers.

Services will be at 2:00 p.m. Thursday at the Mason-Woodard Chapel with Randy Gariss, Minister, officiating. Private family graveside services will follow. The family will receive friends from 6-7 p.m. Wednesday at the Chapel. Memorial contributions are requested to the University of Mo. Medical Center in Columbia. Arrangements have been entrusted to the Mason-Woodard Mortuary of Joplin, Mo.

Mary Joyce Perry, age 76, of Joplin, passed away on Sunday May 22, 2011, from injuries sustained in the tornado.

Joyce was born November 16, 1934 in Joplin, Mo., the daughter of John and Vivian Thurman. She was a lifelong resident of Joplin and a graduate of Joplin High School. In October 1953 she married Warren E. Perry in Joplin. He preceded her in death on October 31, 1983. She was a secretary for Prudential Insurance and KODE TV and then owner of It Figures in Joplin. She presently worked for C.J. Uniform Shop in Joplin. She was a member of Epsilan Sigma Alpha and AARP. She enjoyed spending her time with her grandchildren.

She is survived her daughter, Debbie McMurry and husband Doug, of Pittsburg, Ks.; her son, Dan Perry, of St. Louis, Mo.; grandsons, Eric Smith, of Carl Junction, Mo. and Ryan Smith , of St. Charles, Mo.; great-grandson, Cooper Smith; great-granddaughter Catie Smith, Carl Junction, Mo.; and a sister, Jean Goff, of Joplin. She was preceded in death by her husband and parents.

Funeral services will be at 11:00 a.m. Saturday, June 5, 2011 at Mason-Woodard Chapel. Burial will be in Ozark Memorial Park Cemetery.

Memorial contributions may be made to Angels Among Us or the Alzheimer Association in care of the mortuary. 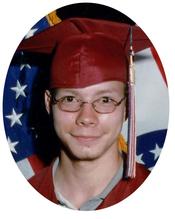 James Benjamin John “Ben” Peterson, age 27, Joplin, passed away on Sunday, May 22, 2011 due to injuries sustained in the tornado.

Ben was born September 20, 1983 in Joplin, and graduated from Joplin High School in 2003. He was currently working at the McDonalds on Main St. with the night shift.

He was preceded in death by his father, James E. Benham.

Anna Pettek, 91, a Greenbriar resident, passed away Sunday, May 22, 2011. Mrs. Pettek has been taken for cremation. Arrangements are entrusted to the Thornhill-Dillon Mortuary. 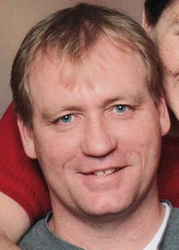 Jay moved to the Neosho area 5 years ago and worked at Jasper Products in Joplin for the past 5 years. He spent two years serving in the Army Rangers. He loved God, his country and spending time with his family. He also loved to hunt, fish and play the guitar and had a band, Iris Road.

Hallie “Marie” Cook Piquard age 78 of Joplin, Mo. passed away Sunday May 22, 2011 from injuries sustained in the catastrophic tornado.

Marie was born October 20, 1932 in Lufkin, Tx. to Arthur and Nobbil (Mossingelle) Agleton. She worked as a Deputy Collector for Jasper County, and with CFI for eight years. She was a member of the Harmony Heights Baptist Church. She enjoyed bowling and southern gospel music.

She married Elbert “Dick” Cook on December 3, 1960 in Texas, he preceded her in death on December 8, 2000. She then married Lloyd Piquard on May 3, 2003, he survives. Additional survivors include two sons, Lloyd Piquard Jr. and wife Donna of Neodesha, Ks., Chris Piquard and wife Pamela of Joplin. Three daughters, Bonita Harrison and her husband gary of Carthage, Debbie Poole and her husband Karl of Jena, La. and Susan Tatum and her Husband Mike of Joplin; thirteen grandchildren and twenty-four great grandchildren; one niece and two nephews. She was preceded in death by one brother, Gene Agleton in 2011, one daughter Carolyn Piquard and one grandson, Joshua Harrison.

Funeral services will be 11:00 a.m. Thursday June 2, 2011 at the Carthage First Baptist Church. Rev. Charlie Burnett and Gene Jefferies officiating. Burial will be in Knight Cemetery in Lufkin, Tx., at 3:30 p.m. Friday June 3, 2011. The family will receive friends from 7 p.m. to 8 p.m. Wednesday at Mason-Woodard Chapel. Memorial contributions may be made to the Harmony Heights Baptist Church Tornado Victim Fund at SMB. Arrangements are under the direction of Mason-Woodard Mortuary & Crematory.
Puebla, Natalia 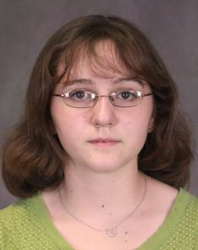 Natalia Puebla, 17 of Carthage passed away on Sunday, May 22, 2011. She was born on July 26, 1993 in Joplin; MO. Natalia was the daughter of Carey and Latina Puebla. She was a student of Ozark Christian College and had just completed her first year. Natalia was loved by her piano students, church family and college friends. She was a member of the Joplin Full Gospel Church.

There is a need for FUNDS to help Natalia’s mom, LATINA PUEBLA, provide for her daughter’s funeral. Besides losing her daughter, Latina also lost her sister, Sandra Thomas (Natalia’s aunt) to the tornado. Sandra’s service was combined with the service for Natalia.

Latina works for the Postal Service in Carl Junction and the postal workers there have set up a fund. We need to join together with them and met this need.