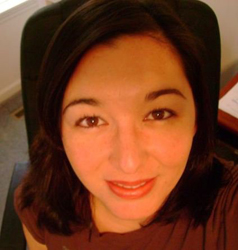 Sharyl Anyssa San Miguel-Nelsen
“Loving wife, mother of 2, daughter, sister and friend to many.”
Sharyl Anyssa Nelsen of Webb City, Missouri, passed away in the catastrophic tornado on May 22, 2011.

Sharyl was born on November 11, 1976 in Brownsville, Texas. She was working as a Sales Representative for the AT&T store on Rangeline when the tornado struck. Sharyl was able to help a family out of harms way moments before the tornado struck the building.

Sharyl was a loving mother and wife, a caring daughter and sister, and a nuturing person whose heart and arms were open to everyone who was blessed to have known her.

She is preceded in death by her grandparents Enrique and Cecilia Ybarra and Pedro and Josefina San Miguel, and her step sister Tamara Reed.
Norton, William

William Richard Norton, known by friends and family as Will, went home to heaven on Sunday evening, May 22, 2011. Will was born and raised in Joplin, Missouri where he did so much more than just attend Joplin High School. The tragedy of the Joplin tornado has left behind his parents Mark and Trish Norton of Joplin, his sister Sara Norton, grandparents Richard and Laveda Norton, aunts and uncles Tracey and Jeff Presslor, Jane and Chuck Haver, Connie Allen, and Ralph Worster II, along with many loving cousins. Will was preceded in death by his grandparents Ralph Worster, Lora Worster-Kaffenberger, and Leo Kaffenberger.

Those who were blessed to know Will watched him live a full and joyful life in his short 18 years. Very few of us can say we’ve accomplished half of the things this young man has done or touched a community with a heart such as his. Will has left an endless legacy to the people influenced by his numerous YouTube videos, tweets, and outstanding contributions to those in need. To recognize the enormity of those lives he touched, he had over 2 million upload views on his Willdabeast YouTube account, over 6,000 followers on Twitter (@Wildabeast and @WillNorton), and over 800 friends on his personal Facebook page, not to mention the 50,000 people across the world who have been praying for him since the storm through the Help Find Will Norton Facebook community page.

Will has always noticed the small things in life as an excited and optimistic dreamer. With such a creative mind, we’ve witnessed his many cleaver videos as he partnered with YouTube with the ability to reach thousands. One of his videos mentioned the 50 things he had done as of 3 years ago. We can add multiple highlights to this list including graduating high school on the very day of this tragedy. To name a few, Will loved traveling, and one of his favorite places was Africa, where he got to see the great wildebeest migration. He played on a state-level tennis team and became a private pilot this year. He traveled to Washington DC with his state-winning US Constitution Team where he rallied outside of the White House after Bin Laden was killed. Will was an avid volunteer and loved the Joplin Humane Society. He was accepted to Chapman University for Film Production, which was his lifelong dream. Will’s faith in his savior was evident in his everyday life and powerfully so, as he quoted scripture in the arms of his earthly father before being taken to his heavenly father that day.

A celebration of his life will be held at Christ’s Church of Oronogo on Sunday, June 5, 2011 at 4:00pm. In lieu of flowers memorial contributions can be made to the Joplin Chapter of the American Red Cross.