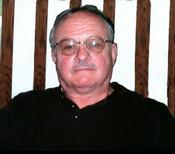 He is also survived by a daughter, Brandi Lawson, and a grandson Jonathan Matarazzo, Joplin, MO.

He retired in 2010 after forty years in the explosive industry, working for the former Atlas Powder and its successive owners. He enjoyed his retirement and spending time with friends and family.

David was interested in everything, but a special interest and the source of many stories were his experiences prospecting for gold in Alaska. He loved to fish and went on a spring fishing trip with the same group of fishermen for over forty years.

He was an active member of the Elks Club and the Gold Prospecting Association of America. He also was a former member of the VFW.

David has been taken for cremation. A memorial service will be held 3:00 p.m. Monday June 6, 2011 at Mason-Woodard Chapel. Jim Willis will officiate.

In lieu of flowers, donations may be made to Elk’s Lodge Rebuilding Fund, 1802 W. 26th St., Joplin, MO or your favorite charity in memory of James D. Kendrick. 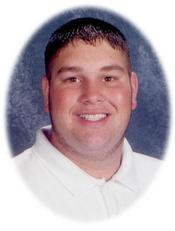 Abraham H. (Abe) Khoury, age 26 of Joplin, went to be with his Lord and Savior Jesus Christ, Tuesday morning, May 31, 2011 at University Hospital in Columbia from injuries sustained in the Joplin tornado.

Born December 7, 1984 in Stillwater, Okla., he lived in Joplin most of his lifetime, attended Joplin public schools, and graduated from Joplin High School in 2004. Currently, he was pursuing his degree in Business and Entrepreneurship at M.S.S.U. He also worked as a server at Outback Steakhouse in Joplin. Abe was a Christian. He loved fishing, camping and the outdoors. He also loved to play Texas Hold-em and aspired to play professionally. He loved football, played in high school, and was a passionate K.C. Chiefs Fan.

The family will receive friends from 12:00 Noon until service time at the church. Arrangements are under the direction of Parker Mortuary.

Stanley worked 38 years at Rocketdyne, Teledyne, Sabreliner and Premier Turbines as an aircraft engine technician. He was member of the National Guard and United Aerospace Workers. 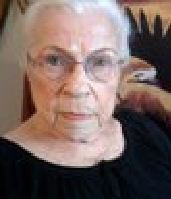 Geneva Eutsler Koler, 84, passed away at Green Briar Nursing home in Joplin, Sunday, May 22, 2011 as a result of the Joplin tornado.

She was born Aug. 17, 1926 in Galena, MO, the daughter of Luther and Edna Eutsler. She was a lifelong area resident and had worked at La Z Boy in Neosho.

In addition to her parents, she is preceded in by two brothers, Donald Eutsler and Herbert Eutsler.